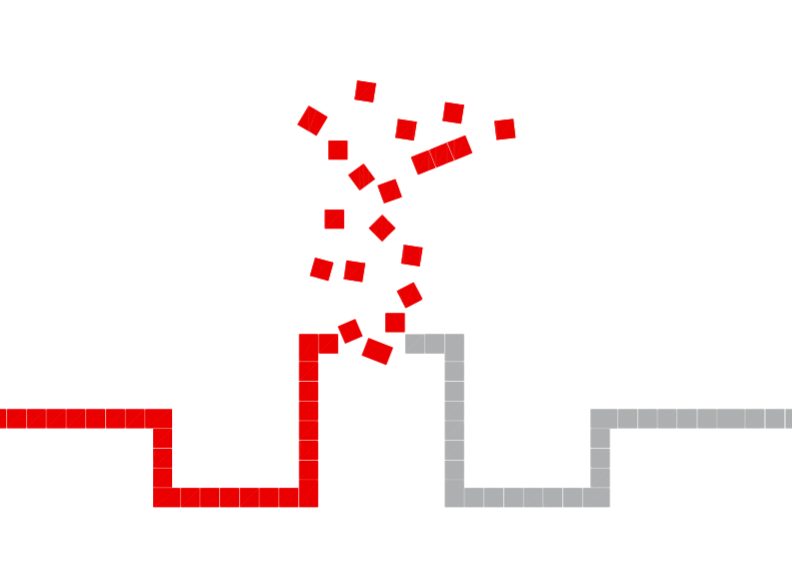 Domino is a system of assembled benches composed of two models: Cube and Gold.
Cube is defined by it's name, while Gold is a parallelepiped.
It is a project that is clearly inspired by the game of "dominoes". In the game we find tiles made of wood, ivory or bone, which are scattered on a playing surface; After placing the first tile, each player will have to attack from time to time a new one on the previous one. The systematic placement of tiles is repeated longitudinally, while the "double" tiles are transversely placed. What comes to form in the end is a "snake".
Likewise, the Cube bench can be connected to another bench and another so as to form a regular and continuous succession that can only be interrupted by the insertion of the transverse part, the Gold bench, the equivalent of the double card in the domino game.
The benches are assembled thanks to a simple male-female engagement system: each cube is equipped with a protruding part (acting, in case of single use, as a storage compartment) and a hollow part. Gold seats have a different cavity location to allow a change of direction to the system.
Domino is a bench that has its own identity if used individually but which can assume a different meaning if it is assembled to the other benches. Thanks to its compositional flexibility, it allows the user to modify, manage and compose dynamically his own relationship with the others, enabling him to choose if stay alone or in group, in an ordered composition or in asymmetric connections.